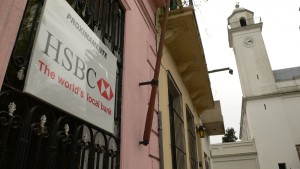 The 2010 release of internal HSBC Switzerland communications made during the early to mid-2000s led to uncovering countless acts and attempts to conceal client assets and income by the bank. Some of the alleged practices revealed by this initial leak included:

This data breach resulted in revealing the identity of taxpayers who had failed to comply with their tax filing obligations or who failed to file the Report of Foreign Banking Accounts (FBAR) as required by the Banking Secrecy Act (BSA). Some of these noncompliant taxpayers ended up facing onerous civil tax consequences or criminal tax prosecution. While the first HSBC data leak seems to be in the rearview for most, data leaks and data breaches that reveal the identity of account holders can occur at any financial institution at any time.

Data breaches can happen at any financial intuition
Despite undoubtedly facing close scrutiny and the implementation of remedial measures following the first data leak, HSBC acknowledged that a second data breach occurred in November 2013. This second breach, like the first, was perpetrated by a bank insider with access to customer files and records. The information involved in the 2013 leak included client Social Security numbers, names, and other personally identifying information. All financial, business and government institutions are vulnerable to leaks facilitated by insiders.

Furthermore, in recent days Kaspersky Labs, a reputable IT security firm, revealed that the Carbanak organized crime syndicate has penetrated security at more than 100 banks in more than 30 countries. While the gang has only focused on stealing funds from the banks, the backdoors they install or exploit to gain access to the bank systems may end up being exploited by future attackers. Furthermore, the gang could eventually shift tactics and leverage the existence of secret accounts to extort additional assets the individual controls.

What penalties can be imposed for FBAR violations?
Penalties for a failure to disclose foreign accounts on the FBAR (FinCEN Form 114) can result in harsh consequences. A willful failure to disclose a foreign financial account can result in a civil penalty of the greater of 50% of the account balance or $100,000. A willful failure is a voluntary or intentional disregard of a known legal duty. If the failure to disclose the account is interpreted as a non-willful failure, then a penalty of $10,000 per an undisclosed account for every year where it went undisclosed will apply. In some circumstances accuracy related penalties, tax fraud charges, and penalties for underpayment of tax can also be imposed.

OVDP can correct problems created by nondisclosure of foreign accounts
The Offshore Voluntary Disclosure Program (OVDP) can lead to a more favorable disposition of your offshore tax concerns or offshore tax problems. In general, the OVDP program permit a noncompliant taxpayer to come forward and disclose the existence of foreign accounts. In exchange for coming forward voluntarily the IRS typically agrees to forego a criminal prosecution. Furthermore, the penalties that can be imposed following a voluntary disclosure are significantly less severe than those that can be imposed following a civil action or a criminal tax prosecution.

Rely on the Brager Tax Law Group when Facing Offshore Tax Issues
If you are facing offshore tax issues involving FBAR or FATCA disclosures, you could be facing serious criminal tax consequences. Even if you have not been already been detected, international information sharing agreements and data breaches can result in your identity being revealed to the IRS at any time. Working with an experienced tax professional can result in the charges against you being resolved more favorably than if you had taken no action or attempted to defend against a criminal prosecution alone. To discuss your matter, call (800) 380 TAX LITIGATOR or contact us online today.