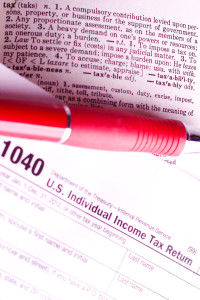 It is not uncommon for many people to want to get done with their taxes as quickly as possible and not devote a moment beyond what they have to. If they complete their own taxes using computer software or an online program, they may rush through the process and fail to read and understand what is being asked. This can lead to failure to make required disclosures, submitting erroneous information to the IRS, and other tax problems. Even if you work with a tax preparer, rushing through the process can still land you in a difficult situation should you fail to disclose all sources of income, submit incomplete tax documents, or fail to provide the tax preparer with all of the information he or she will need to complete your taxes accurately. These failure can result in a tax audit which may reveal further noncompliance with the US Tax Code and additional penalties.

At the Brager Tax Law Group, one of our goals is to provide taxpayers with the information they need to avoid preventable mistakes. Because our practice is focused on helping clients through difficult tax problems we have seen some of the common mistakes filers make because they are rushing through the return or otherwise fail to provide complete and accurate information.

You did not include all sources of income
The failure to report all sources of income is one of the top reasons why individuals end up facing a tax audit. In some instances, the reporting failure may be attributed to an independent contractor position where, rather than a W-2, the worker receives a 1099. The worker may not initially recognize the additional tax burden 1099 status can entail. When the larger than expected tax bill comes due, there can be a strong temptation to “fix” the tax problem by failing to disclose the 1099 income. However, the IRS has systems and procedures in place to catch these instances where the numbers provided by the taxpayer simply do not add up.

In other instances the failure to report foreign income or foreign accounts may lead to a tax audit. The US is one of only a handful of countries that taxes its citizens and green card holders on their worldwide income regardless of where it was earned. In recent years the IRS has significantly stepped up its efforts at detecting and prosecuting offshore tax evasion. If you also hold foreign financial accounts to which an FBAR of FATCA disclosure duty apply, the risks of detection and an audit or criminal investigation become even more pronounced.

You use only whole, round numbers in your filings
While working in powers of tens and using nice, round even numbers makes the math easy to handle, such an approach immediately raises a red flag because the odds of such figures are, at best, implausible. Real life is messy. Rarely will your net earnings, withholdings and deductions equal rounded numbers. Such acts make it easy for the IRS to identify that you did not provide accurate information on your tax return. Aside from facing criminal or civil consequences for providing false or inaccurate tax information, the IRS may also decide to launch an audit to uncover additional wrongdoing.

You take excessive deductions
Tax deductions are intended to prevent taxpayers from paying taxes on certain expenditures. However certain deductions, such as the home office deduction, attract suspicion because it is so commonly abused. Furthermore, excessive deductions are also a common reason for triggering an audit. Some people may think, “How will the IRS know what deductions are legitimate?” However, the IRS does have a general idea because it can compute the average deduction for a filer with similar income levels and circumstances. If your claimed deductions depart significantly from the average, the IRS agent may decide to inquire further through an audit.

Understanding Random Audits
The random audit is also a means through which some people come under additional scrutiny and tax problems are uncovered. Therefore, it is essential that you provide accurate tax information for each and every year where the duty to file taxes exists. If you fear that past filings may subject you to a future audit or you are already facing a tax audit, call the Brager Tax Law Group at (800) 380-TAX LITIGATOR or contact us online today.