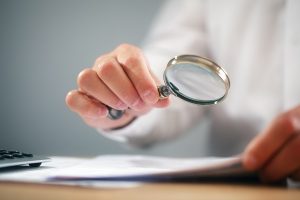 What seemed like a minor transgression when filing your tax return could end up being a tax crime punishable by years in prison. The IRS Criminal Investigation Division (CI) pursues about 3,000 criminal prosecutions per year to provide a deterrent effect to all taxpayers. If you have been chosen as one of the taxpayers to be “made an example of”, you could face severe fines or time in jail in the name of increasing tax compliance by other taxpayers.

The criminal investigation process often begins when an auditor or collection agent detects possible tax fraud. The IRS can also be “tipped off” by the public—anyone can submit a 3949-A Information Referral form to the IRS that reports suspected tax law violations. Other law enforcement agencies can also reported suspicious activity to the IRS.

At this point, the CI will conduct a full criminal investigation by interviewing witnesses, subpoenaing bank records, surveillance, and other methods. As the CI continues to develop its case, the taxpayer may remain totally unaware that they are under investigation, and may be continuing to engage in tax fraud or other tax crimes.

After completing the investigation, the special agent will either determine that the taxpayer’s conduct does not substantiate criminal activity, or recommend criminal prosecution. A “Special Agent Report” will be prepared, listing the specific violations of law that the taxpayer should be charged with. Once again, several supervisors and CI officials will review the report to determine whether criminal prosecution is warranted.

By the time the taxpayer is aware of the criminal investigation, substantial time and resources will have already been expended by the CI. If a special agent contacts the taxpayer, then the CI likely already has information supporting a criminal prosecution. A taxpayer who attempts to explain their conduct—or to cover up tax fraud with misleading statements—is only providing further evidence to support their own prosecution.

Even if you are only going through a routine audit, but are concerned about possible tax violations, you should be aware that any statements you make can be used against during a criminal investigation. If an IRS special agent has contacted you, consult with a criminal tax attorney immediately, and before you say anything.