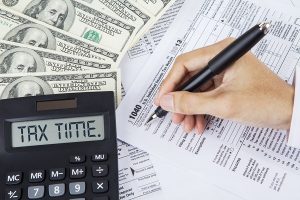 Failure to file tax returns can be classified as tax fraud by the IRS. While that term does manage to make it sound much more serious, failure to file by itself doesn’t often result in jail time.  Still it’s not impossible—just ask Wesley Snipes! Usually though, the government wants taxpayers earning money so it can collect those taxes. Sending non-payers to prison isn’t going to facilitate that.

The federal or California state government would have to be convinced that your failure to file taxes was intentional before considering something as severe as a jail term. Failure to file over many years, coupled with other bad conduct such as hiding assets, for example, could be subject to criminal penalties including imprisonment and/or fines. In lesser cases, you are more likely going to be liable for back taxes and civil penalties, plus interest.

It’s worth noting that failure to file and failure to pay your taxes are separate violations of the law, both subject to their own penalties. Failing to file tax returns because you can’t pay the taxes you owe only exacerbates your situation. If you file, but can’t pay your tax liability right away, there are options available to you to arrange payment. These options are more limited you if your tax filings aren’t current.

As long as you have filed all of your returns, you can negotiate an installment plan to pay the taxes. Interest and penalties will still accrue over the agreed to time period, and you’ll still owe the full amount, but you’ll be better off than if you ignore the situation. Sometimes a good tax lawyer can negotiate an installment payment plan even if you are not current on your taxes.  In some instances, an Offer in Compromise may be a better option.

The IRS may not opt to send you to prison for failure to file, but they wield powers that could make you wish they had. Tax liens, property seizures, forfeiture of refunds and other penalties are potentially devastating enough to feel like a jail term, financially speaking.

Don’t get caught dealing with the IRS on your own or with inexperienced representation. Hire an experienced tax attorney who can represent your interests, keep you out of jail and save you money.